From time to time, I am amused when I find hints and signs pointing to the real nature of our everyday experience. Amused, not because they exist, but because of the places, they can be found.

Everywhere. They can be found everywhere. But you need an eye to see them, because they are in plain sight, exposed to everyone. The amusement is even greater when the person holding the sign (or writing it; saying it) is not aware of doing it. S/he can very well think that she is doing something else, something of her own intention and purpose, but the truth is that, at the same time, she is exposing something of much greater depth.

The beginner on the path to liberation could think that the words of wisdom will come from some spiritual authority; that one will be exposed to ancient or at least rare and secret scriptures or techniques. It may very well be so, but the true revelation comes when one can recognize the sign in the midst of utterly unexpected circumstances.

What follows is an example. Black Sails, popular action series about pirates. Read the conversation, then I will explain what is to be read from it on a different level.

The conversation between Captain Flint and his quartermaster Mr. Silver, after captain Flint has learned about a discipline issued over one of the short-tempered sailors, almost causing a disaster to their enterprise.

Captain Flint: “At that moment you felt it.”

“Darkness. Hate. Showing indifference to the authority that you sacrificed so much to acquire, disdain for refusing to acknowledge that his actions, had you not intervened, would have led to an outcome that he would have held you responsible for reversing. Pride. Questioning what kind of man you are if you don’t seek retribution for the offense.”

“So, what are you saying? You say I went too far with him?”

“Maybe you went too far. Maybe you didn’t go far enough. Maybe you did it just right. The point is that while you were doing it, you heard a voice telling you that disciplining him would prevent him from repeating the offense, a voice that sounded like reason, and there was a reason to it, as the most compelling lies are comprised almost entirely of the truth. But, that’s what it does. Cloaks itself in whatever it must move you in action. And the more you deny its presence, the more powerful it gets, and the more likely it is to consume you entirely without you ever even knowing it was there.

Now, if you and I are to lead these men together, you must learn to know its presence well so that you may use it… Rather than it uses you.”

After a long investigating look, Mr. Silver says: “You have some experience with this, I imagine, living in fear of such a thing within you?”

“Yeah, I do,” answers Captain Flint.

Another look from Mr. Silver, and then finally he says: “I can’t tell if this was a warning or a welcome.”

Now, you may say that this particular moment is about learning how to play the role of authority. It is. But, there is more to it.

Captain Flint is talking about “something”; about “it”, about the “darkness”. But, he does not describe it as some dark passion that takes you over and you helplessly obey it. No. “It” is much more clever, much more devious than that. Read again:

But, that’s what it does. Cloaks itself in whatever it must to move you in action. And the more you deny its presence, the more powerful it gets, and the more likely it is to consume you entirely without you ever even knowing it was there.

“Cloaks itself in whatever it must”… In this case, the cloak was a reason, but it can be anything else – emotion, duty, survival, hunger, social recognition… Any need you accept as valid it will accept as valid to move you in the direction it wants. And the worst is, you will be convinced that you are the one who did it.

If you would be sitting in front of some truly enlightened master in medieval India, or maybe on one of my lectures, we would be speaking about Maya, the mistress of the illusion. But, you are in front of your TV screen and you are watching an entertaining show. Is it likely that you will notice the affluence of possible meanings in Captain Flint’s “it”?

Even if you do, you may be lead astray with the sentence about “using it, rather than it use you”. Captain Flint is not enlightened, but he is a knower of the strength of the illusion. He lives in fear of it, but he still believes that he can subdue it for his own benefit. He does not listen to his own words: “That’s just what it does. Cloaks itself in whatever…”

Yes, its last cloak is the belief that you can manipulate it and achieve your purpose, whatever that purpose may be. (Rings a bell? Especially for you, “spiritual manifesters” out there?) It will let you do it, of course. It will let you believe that you have won. And you will never even know that you didn’t.

Anyway, if you understand what is written, you can rightfully ask the same question Mr. Silver asks at the end: is this a welcome, or a warning? 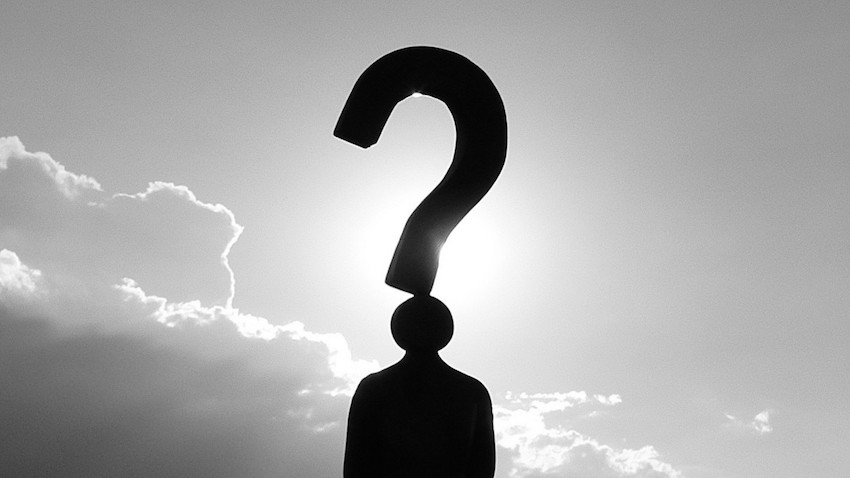